Did You Say A Yurt ?

WHAT PRECISELY IS A YURT? 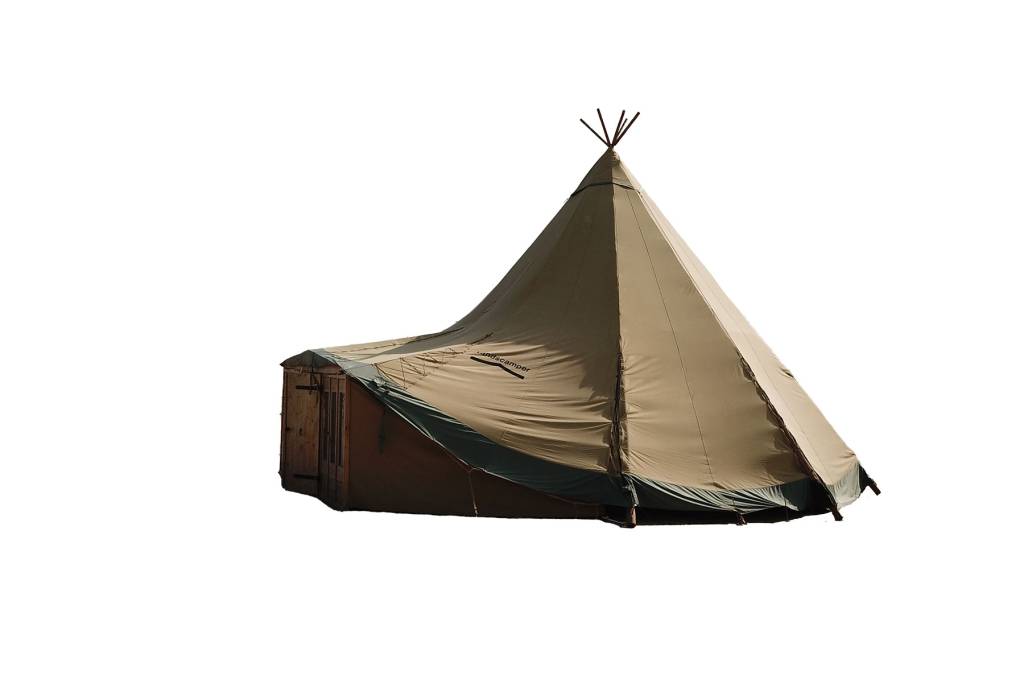 The word “yurt” comes from the Mongolian word that means ‘circle.’ The circular structure is made up of wooden lattice walls and felt-covered domed roofs that have been used for centuries as temporary housing throughout Central Asia and Mongolia. The framework of it is made from bent saplings lashed together with lassoes made from yak or horsehair. It is covered with felt which is then tied down using leather straps. Traditionally, they were made from animal skins but modern versions are usually made from synthetic materials such as canvas, polyester, or nylon.

Each yurt has its own unique shape based on local traditions and geography. For example, some of them might have large arched entrances while others may have smaller doorways or windows built into them, Its circular shape allows it to be easily packed up and moved. It is also very adaptable, as different parts such as doors and windows can be added depending on the climate.

The interior space is divided into two by a wall running down its center with an open archway at each end – one for entry and one for the exit. The front section of it is, where guests sit during ceremonies while family members sit in the back section near their beds, typically located on raised platforms against the wall opposite the doorway.

It is a simple, lightweight shelter made of wood, steel, animal hide, and fabric. It has been used in many different parts of the world for thousands of years.

Yurts are a traditional form of housing in Central Asia. They are circular, portable, and durable structures that can last for decades. They were originally used by nomadic tribes, but today they are seen as a modern adaptation of an ancient tradition.

We have a wide range of yurts as our yurts are mostly covered with felt, which provides insulation from the cold weather outside, and also have a chimney at their center to vent smoke inside or out depending on the weather conditions, Some of them have wooden floors covered with straw mats or carpets and with Wooden furniture such as chairs, tables and beds are common inside it. The traditional design for a yurt was to have a smoke hole in the center, allowing smoke from a fire to escape. This opening is known as ‘the eye’ and was covered with an embroidered cloth screen to keep out insects and sandstorms.

“If you never go you will never know.”

The model that has been slashing

Yurts are today made with sophisticated materials and advanced engineering. Their domed roof provides excellent insulation, making them comfortable year-round. It can be powered by solar energy and water catchment systems, making it ecologically sound.

It may be customized to include any number of features. It can be used as many permanent as well as temporary homes in all climates, as they’re typically constructed from materials that last long in harsh weather conditions, they are typically made of wood or metal frames that are covered with fabric or canvas. The frame is held together with ropes or bolts and can be disassembled after use if necessary.

They can be found in many different shapes and sizes, but they all have a few things in common: They’re round, have wooden latticework walls, and have a roof made of felt stretched over the latticework, they are designed to be easily transportable and easy to assemble on site.

“The ache of homes lives in all of us, the safe place where we can go as we are and not be questioned.”

Yurts come in all shapes and sizes, but they generally have these features:

Wooden latticework walls are covered with felt or canvas, A rounded roof made of felt is stretched over the latticework (with no poles), and a more permanent type is made from concrete shells which are then covered with canvas or wooden shingles. These concrete shells provide more protection against weather conditions such as wind and rain and an open floor plan, In recent times, they have been used as portable housing for camping trips or vacation homes.

They can be found across many parts of Asia, including Mongolia, Uzbekistan, Kazakhstan, and Kyrgyzstan. They are also used in other parts of the world such as Canada, the U.A.E, and the United States as permanent homes, vacation homes, or vacation rental properties.

They are the perfect alternative to a traditional home. They’re warm in winter and cool in summer, and they offer a spacious living area inside with a cozy bed, kitchenette, restroom, living room, etc. You can also customize your yurt to make it uniquely yours.